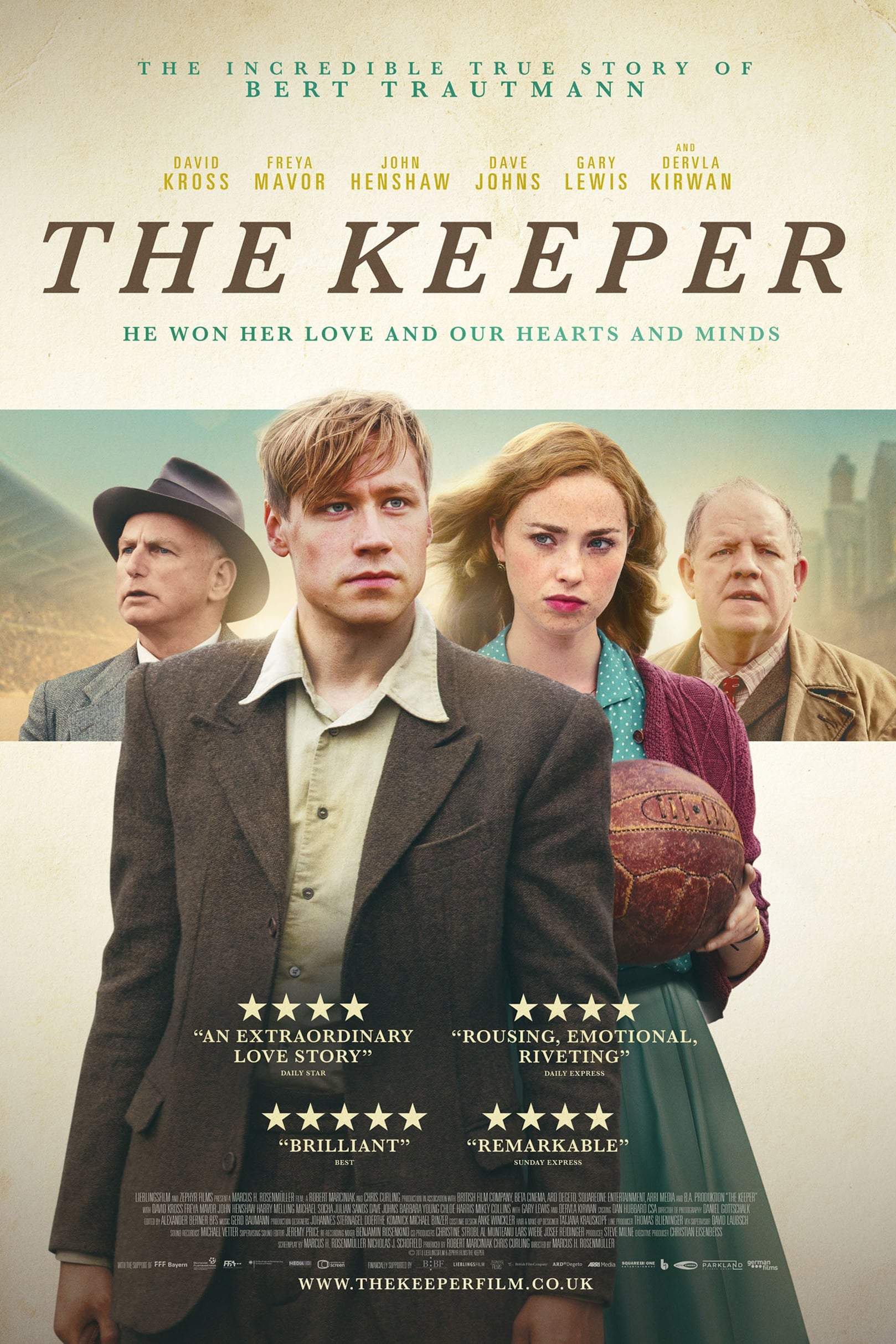 
Υπόθεση:
The Keeper tells the extraordinary love story between a young English woman and a German PoW, who together overcome prejudice, public hostility, and personal tragedy. While visiting a PoW camp near Manchester at the end of WWII, Margaret Friar, the daughter of the manager of the local football team, notices young German soldier Bert Trautmann. Her father is so taken by Bert's prowess as a goal-keeper that he gets him out of the camp to play for his local team. Margaret and Bert's love blossoms despite local hostility and resentment of the German PoWs. In the meantime, Bert's heroics in goal are noticed by Manchester's City Football Club. Rather than going back to Germany like nearly all the other camp inmates, Bert marries Margaret and signs for Man City. His signing causes outrage to thousands of Man City fans, many of them Jewish. But Margaret wins support from an unexpected direction: Rabbi Altmann, a Man City supporter who fled the Nazis, who publishes an open letter opposing the campaign against Bert. Bert's path to acceptance begins and peaks at the 1956 FA Cup Final when he secures victory for Man City by playing on despite breaking his neck. Yet fate twists the knife for both Margaret and Bert. Alienated and alone, Margaret's and Bert's loyalty to each other will be put to the test once more. Heartbroken, Bert wants to give up. Equally heartbroken, Margaret insists that they move forward and that he keeps on playing.

- We found 4 subtitles for the movie you chose